A podcast interview of David Dayan author of the book Chain of Title (26:31):

During a December 15, 2010 U.S. House of Representatives Justice Committee hearing witnesses gave testimony on issues relating to "Mortgage Servicing and Foreclosure Practices". A critical focus of the discussion was apparent problems with the recordation of land title and note ownership. Witnesses claim that the Mortgage Electronic Registration System (MERS) has failed to reliably record changes in title and note ownership. The accompanying video-clip is a segment from the C-SPAN hearing video (see, C-SPAN Video Library).

The History of the Mortgage Electronic Registration System (MERS)

From some internet searches I performed at the beginning of the controversy about the Mortgage Electronic Registration System (MERS), I learned MERS was first proposed by representatives of Fannie Mae at a Mortgage Bankers' Annual Convention in the early 1990's. Some of the materials I saw on-line at that time said that mortgage bankers showed interest in the concept Fannie Mae presented, so Fannie Mae and Freddie Mac each contributed 2 million dollars (4 million total) to develop MERS.

It was also noted that as MERS was in development Fannie and Freddie modified some of their mortgage qualification requirements and documentation standards to favor MERS recordings. And, it was noted that without Fannie and Freddie’s interest and support for MERS, MERS probably would not have been a ‘successful’ venture.

(5) MERS? It May Have Swallowed Your Loan An obscure company claims to hold title to roughly half of the home mortgages in the nation - 60 million loans By Michael Powell and Gretchen Morgenson - New York Times, March 6, 2011 at: http://www.nytimes.com/2011/03/06/business/06mers.html?emc=eta1&_r=0 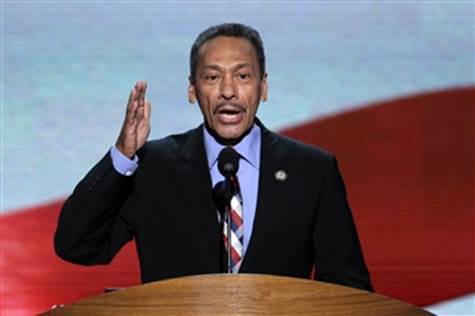 Bill Clinton: Laying the Foundation for The House of Cards

On November 1, 2011, during a "Town Hall" meeting in mid-town Manhattan, a reporter asked Mayor Michael Bloomberg for his thoughts on the "Occupy Wall Street" protests. Mayor Bloomberg responded by, in effect, saying the movement's focus on Wall Street was mis-directed, because in the mayor's words, ". . . . Plain and simple, Wall Street didn't cause the financial crisis, Congress did."

If you are unfamiliar with Michael Bloomberg’s credentials you might logically ask, “Does Michael Bloomberg have the background and experience to make judgment about financial matters?”.  You be the judge:

Michael Bloomberg attended Johns Hopkins University. He graduated in 1964 with a Bachelor of Science in electrical engineering. In 1966 he received his Master of Business Administration from Harvard Business School

In 1973, Bloomberg became a general partner at Salomon Brothers, a bulge-bracket Wall Street investment bank, where he headed equity trading and, later, systems development. In 1981, Salomon Brothers was bought and Bloomberg was laid off from the investment bank and given a $10 million severance package. Using this money, Bloomberg went on to set up a company named Innovative Market Systems. His business plan was based on the realization that Wall Street (and the financial community generally) was willing to pay for high quality business information, delivered as quickly as possible and in as many usable forms possible, via technology (e.g., graphs of highly specific trends). In 1982, Merrill Lynch became the new company's first customer, installing 22 of the company's Market Master terminals and investing $30 million in the company. The company was renamed Bloomberg L.P. in 1987. By 1990, it had installed 8,000 terminals. Over the years, ancillary products including Bloomberg News, Bloomberg Message, and Bloomberg Tradebook were launched.

One year into his second term of office President Bill Clinton explained it this way:

For more on this subject see, "The Role of the Government Sponsored Enterprises  and Federal Housing Policy in the Financial Crisis" at:  http://www.scribd.com/doc/106248756/The-Role-of-the-Government-Sponsored-Enterprises-and-Federal-Housing-Policy-in-the-Financial-Crisis

All profile information is available on a need to know basis, and I'm the one who decides if you need to know.